One thing that just can’t really be conveyed about SHOT is how huge it is. No matter how many times someone says “It was so big, there was no way to see everything there.” until you actually see it, there’s no real way to comprehend the scale of the thing. There’s literally something to appeal to everyone. On one end, you may find yourself rubbing elbows with the outdoor guys who run the Montana Canvas Tent Company (hint hint, f you want to get me something for Christmas) and the next thing you know, you’re talking to the Milkor rep about the innovations of their revolving grenade launcher. (hint, hint, if you want to get me something for Hanukkuh*.)

If it has anything whatsoever to do with shooting, it’s there.

So, here are the first round of highlights of the show for me.

-Getting to shake hands and shoot the bull for a couple of minutes with Jerry Miculek. Very nice guy.
-Getting to see Taran Butler again, and hearing the Jennifer Garner story. (You have to ask him about this story. I couldn’t do it justice.)
-Running into Caleb Giddings of Gun Nuts Media and Top Shot fame and hanging out with him for a bit.

-Getting to see Larry Corriea and getting a signed copy of Monster Hunter Vendetta as well as the chance to handle the custom 10mm/40 S&W blaster STI built for him. (Also, some of my artwork will be appearing in his upcoming book, Hard Magic) 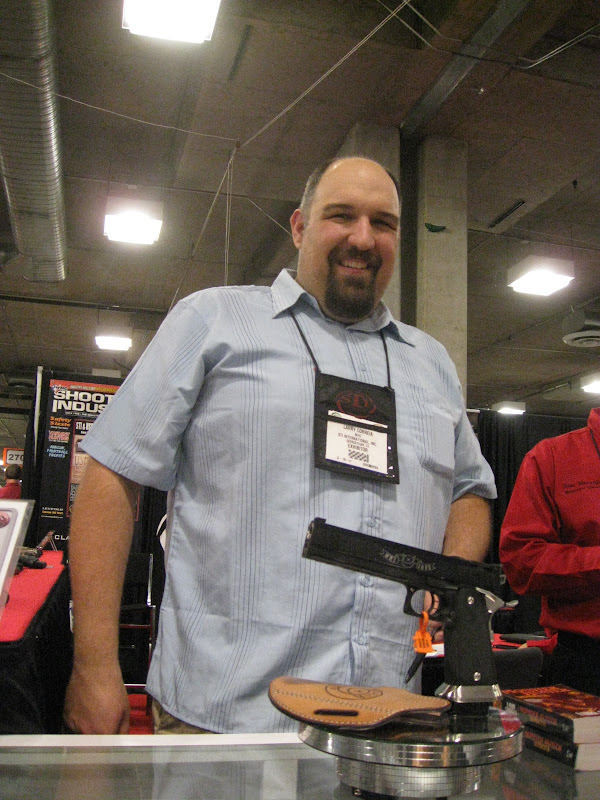 -Getting to speak with Rob Pincus for the first time in several years. 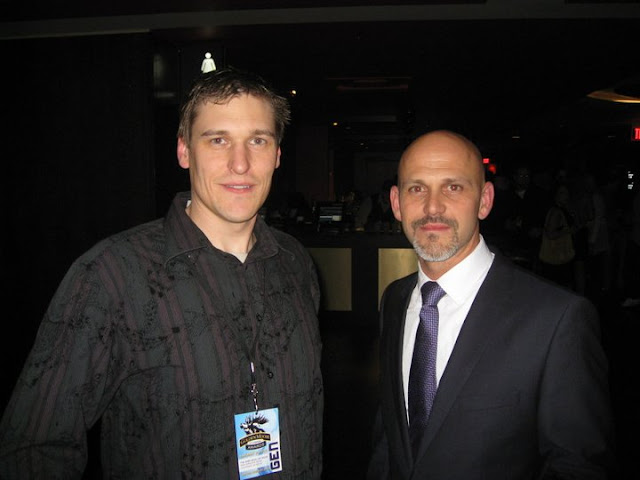 -Getting to meet Michael Bane again. He took top honors at this year’s Outdoor Channel Golden Moose Awards. You know you’ve arrived when Larry Potterfield, owner of Midway USA does your intro. 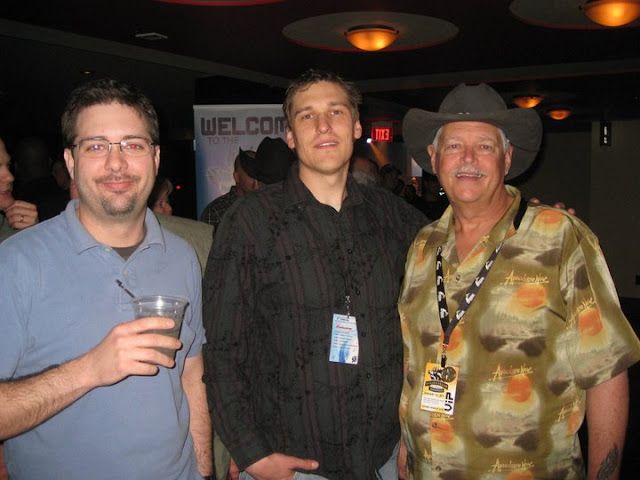 Non-Celebrities who I’ve wanted to meet for a long time
-Derek Zeanah, who’s been footing the bill for THR from day 1. He’s a thoroughly nice guy.
-JShirley, another longtime mod on THR, and a man who’s opinion I’ve respected for a good long while. He knows more about knives than I could ever hope for.
-hso, another staff member at THR. Dude should be hosting his own science show on TV.
-Owen, who’s now been nominated to staff at THR. Great guy, has forgotten more about guns than I’ll ever know.

But that’s not what you read this site for. You read it for the gun stuff.

Oh, and was there ever gun stuff…

That’ll be up next.